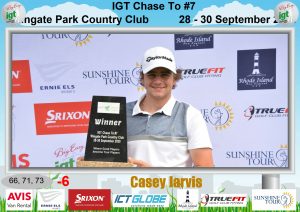 Jarvis grinds his way to a playoff win at Wingate Park

PRETORIA, September 30 – Casey Jarvis admits he didn’t play his best golf on Wednesday and had to grind hard to even play himself into a playoff where his par on the first hole of sudden-death was enough to earn him the IGT Chase #7 title over fellow Golf RSA amateur, Sam McKenzie. A final-round […] 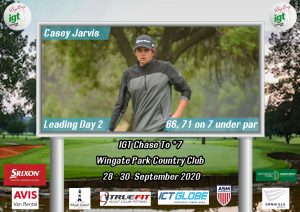 Jarvis maintains two-stroke lead ahead of final round at Wingate

PRETORIA, September 29 – South Africa’s leading amateur and Golf RSA Elite Squad member Casey Jarvis’ second-round one-under-par 1 in the IGT Chase #7 at Wingate Park Country Club helped him maintain his two-stroke lead at the top – a position he says he enjoys ahead of the final round. “Two shots; that’s a good […] 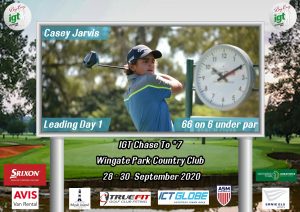 PRETORIA, September 28 – South Africa’s leading amateur, Casey Jarvis played some brilliant golf at Wingate Park Country Club in Pretoria, as he has done all season long, where his opening round of six-under-par 66 has handed him a two-shot lead of the IGT Chase #7 Wingate Park after Monday’s round. His opening two holes […] 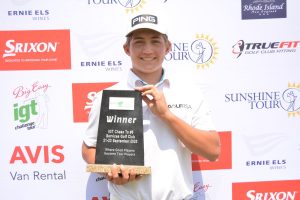 ZWARTKOP, September 23 – Christiaan Maas closed with a birdie on Wednesday to hold off a strong challenge from fellow-amateur Casey Jarvis as he took the Big Easy IGT Challenge Tour Chase to #6 Services by a single stroke. Both players carded final rounds of six-under-par 66, with Maas ending the 54-hole event on 14-under. […] 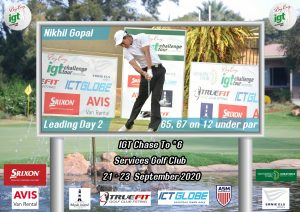 ZWARTKOP, September 22 – Amateur Nikhil Gopal birdied four of his last five holes to overturn a birdie-starved front nine and sign for a second-round five-under 67 which took his total to 12-under for a two-shot lead ahead of the final round of the IGT Chase #6 at Services Golf Club. Leading overnight, Gopal’s second […] 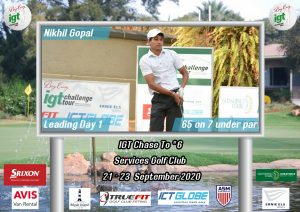 Zwartkop, September 21 – Amateur Nikhil Gopal carded a bogey-free seven-under-par 65 to lead by a single stroke on the first day of the IGT Chase #6 at Services Golf Club in Zwartkop on Monday. In his third start on the IG Tour, Gopal wasted no time in getting to business, birdieing his second hole […] 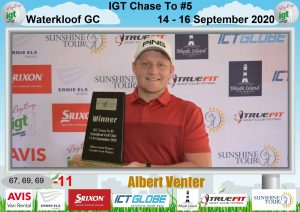 Venter claims Waterkloof victory PRETORIA, September 16 – Albert Venter entered the final round of the IGT Tour #5 Chase to Waterkloof tied for the lead and carded a final-round three-under-par 69 to claim a one-stroke victory on 11-under-par 205 on Wednesday. Having signed for a respectable 69 in round two to force himself into […]