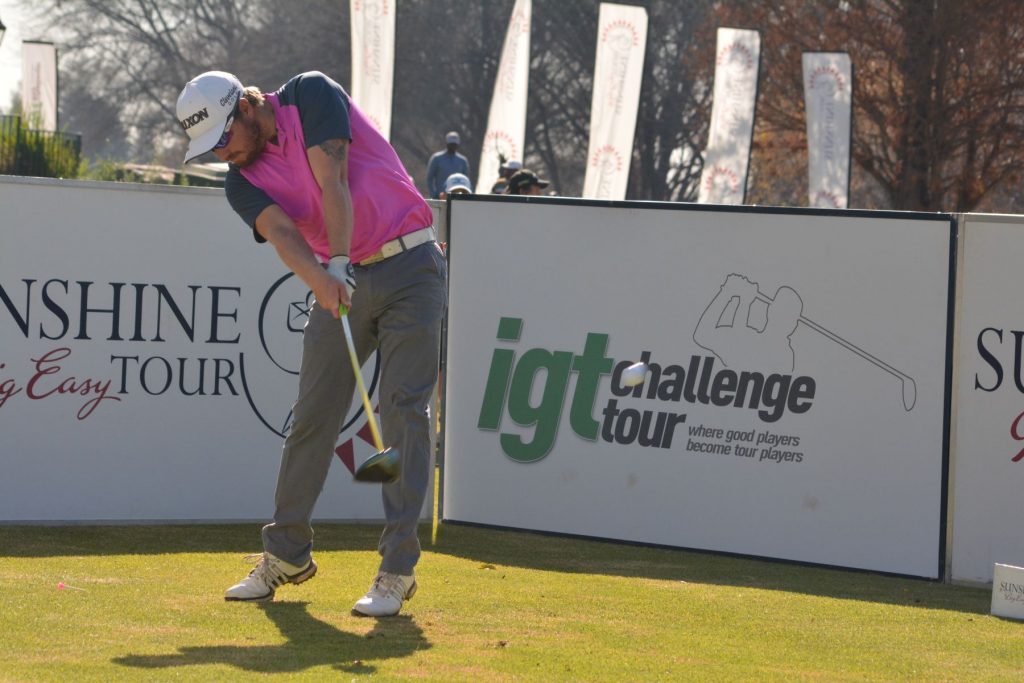 Johannesburg, 25 June 2018 – Sunshine Tour rookie Marthin Scheepers snatched the top spot in the fifth Big Easy IGT Challenge Tour event despite a bogey finish in the first round on Monday.
The firm and fast greens contributed to tough scoring conditions and only eight players managed to get round Killarney Country Club under par. The 26-year-old from Akasia Golf Club was the best of bunch with an opening six-under-par 66.
Scheepers leads by one from DK Kim from Korea, Gary Player School of 2018 member Thabang Simon and fellow Sunshine Tour rookie Estiaan Conradie, who won the 2017/2018 IGT Race to Q-School.
“It’s not a huge, but I’ll take it,” said the Wanna Be A Champions Academy golfer. “I’ve never been in this position before, so this is new territory. But I’m here to learn how to play under pressure.
“Conditions were difficult, because the greens were firm and slick. They roll true, though, so your good putts found the hole. There wasn’t too much wind and the course also played on the short side. It suited me. I’m not the biggest hitter, so that helped me to place the ball in the right positions.”
Scheepers had an early birdie at 11 and made three more on the bounce before the turn saw him start the back nine four-under.
“I hit my tee shot through the fairway at 16 and had 150 metres flag,” he said. “I hit a 9-iron flush and holed an eight-footer for birdie. I hit a 5-iron to three metres at 17 and holed the putt. At 18, I hit it down the middle again and my second ended in the greenside bunker, but I holed the trap-shot for another birdie. That gave me some nice momentum through the turn.”
He shrugged off a pair of bogeys at two and three with successive birdies at five and six and collected another gain at eight before finishing up with a bogey.
“On both holes, I hit my tee shots down the middle, but pulled both my second shots, leaving me with really tough chips,” the Akasia golfer said. “At the par five I made a text-book birdie and I boxed an uphill putt from six metres for a two at six.
“At the eighth hole, my sand-wedge pitched a foot behind the flag and spun back five meters, but I boxed that putt, too. It was tough to finish with a bogey, but it was a good one. My tee shot went right and through the trees and finished on the little road. I aimed a low 2 iron left of the green to avoid the water and hit a decent chip on the green, but I missed the par putt.
“Before Q-School, I was working full-time at The Pro Shop in Lynwood. I didn’t realise how demanding this ‘job’ would be. It’s mentally challenging, but also physically because of all the golf you have to play. Practice rounds, pre-q; if you make it, two more rounds. And if you make the cut, another one or two and mentally.
“But I’m starting to adjust. The Big Easy IGT Challenge Tour is great for us rookies, because we don’t lose any momentum when the tour takes a break. You can just keep plugging away, stay in form and build experience.”
Meanwhile Matt Bright and Zambia’s Dayne Moore are two off the lead at two under, with Romano Saincic and Dylan Mostert – already a two-time Big Easy IGT winner this season – a further shot back. 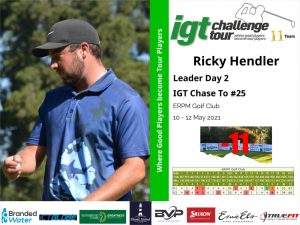 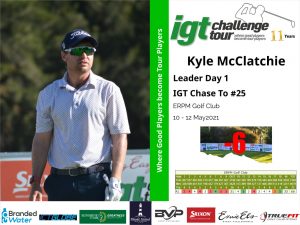 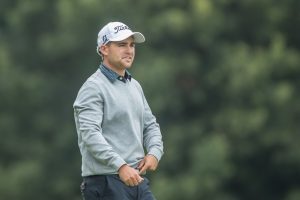